It was a dream, but what if it came true! Launched in 2015, the VIA project led to the opening of two facilities at the end of March 2016. It involved participating in a great moment: the creation of the first French-language Reception Office for Newly Arrived Immigrants in Brussels.

Since the beginning, the adventure has been exciting! In particular, because the project was led by the municipalities of Schaerbeek and Molenbeek and by many associations in the field; but also because the aim to offer newly arrived immigrants a high-quality reception and support path mobilised people from a variety of horizons, the energy and motivation of whom was a very enriching driving force for all.

As Chairman of VIA, I am very happy to see that the services offered by VIA participate in their own way, every day, to creating a better world.

VIA (path in Latin) is designed to be a road, among many others, which helps people to meet each other, recount what they are, get to know each other in order to live and do things together. A society is built on the riches of all the people who make it up. Our cities of the future will be increasingly multicultural. Nationalities will cross paths and cultures will come into contact with each more and more often. My role as Chairman of VIA is to build bridges in order to overcome the walls built elsewhere. Each individual should be able to live in harmony with and in respect for all.

That is why, the VIA reception path aims to help newly arrived immigrants to find a place in their new life and provide them with the keys to understanding their new environment. Thanks to an enthusiastic professional team, a partnership with a dynamic associative sector and welcoming premises, we hope to be able to lay the first paving stone together on a path that leads to others.

Vincent VANHALEWYN
Chairman of VIA 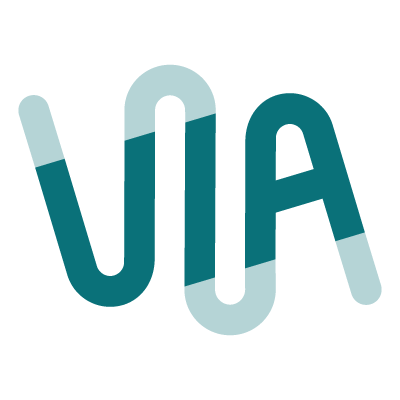